The history of garden gnomes goes back to the nineteenth century where they originated in Germany. The gnomes mythology says they are supposed to protect their owners from evil, but nowadays, they are sold as a way to brighten up many a garden all over the world.

The garden dwarfs, or as they were called in Germany, the Gartenzwerg weren’t called gnomes until the 1930s.

They can be used for many gardening projects, but before taking a look at the ways to use them in your garden, we will delve a little further into their background.

The Spread of Garden Gnomes

The first gnomes were only molded from terracotta which was dried, and kiln fired. They were then painted.

Since their inception, they became popular in many countries around Europe, and it was only a matter of time before companies sprang up making them.

World War 2 put a halt on gnome production, and since then, production of gnomes in Germany has reduced, and the majority are produced in China or Poland.

The popularity of these little gnomes made their history of garden ornamentation in 1847 when Sir Charles Isham took twenty back to England on one of his travels.

He had a 90ft rockery that he wanted to be decorated, and since then he single-handedly started the sensation for the little garden helpers and all the fairy tales that went along with them.

There is still one of the original twenty-one in existence which goes by the name of ‘Lampy,’ and is insured for a rather high amount of money.

With these first gnomes, it is easy to see why garden gnome names have taken on the otherworldly which adds to their mystique.

Such is the strength of the belief into the gnomes powers, they are even part of the earth elementals of earth, wind, fire, and water. It is here where it is said gnomes living underground could move through the earth as easily as we walk around, but once they were hit by daylight, they were turned to stone.

The word gnome has origins back to medieval Latin where it was known as Gnomus and used to describe the little creatures living in the earth. This might have had inspiration from the Greek word of ‘Genomo’ which means earth dweller.

Most gnomes have white beards, and with this in mind, the sighting of female gnomes is few and far between. However, they do exist, and by all accounts they are beardless.

Germany garden gnomes have come a long way, and their popularity is nothing else is stronger than it ever was with so many keen gardeners around the world.

It doesn’t matter what the mythical creature we call gnomes, go by the name of, they can brighten up any garden.

It doesn’t matter if you want them to protect your garden from evil, or as part of a decorative birdbath with fishing gnomes sat around the edge. There are yard gnomes for every occasion and every situation.

There are many gardening ideas where gnomes can have a happy home, and they do say, ‘There is no place like Gnome.’

Many people collect gnomes and fill their gardens with rows and rows, but it is easy to be really creative, and finding ways to use them as decoration does make a great DIY project you can do with children.

Kids love the idea of building fairy gardens, and if your yard has an area where there are paths that are seldom trodden, you can build a little fairy garden that is just out of view where the fairies and gnomes can play without interference.

One of the best gnome garden ideas is if you have a tree or two in your yard. These make great props to double as a fairy house, or a place for your gnome to live.

Decorate the bottom of the trunk with a couple of windows and a wooden door, and all that is left is for some small plants that won’t grow too big, and it can look like the gnome has grown a miniature garden.

Types of Gnomes for Gardens

It doesn’t matter what kind of gnome you choose, they will all come with the beard, their red caps and are often performing leisurely activities.

As with many things, even gnomes have been taken to the extreme, and now from the traditional red hat gnome, you now have the following to brighten up a secret part of your garden.

Aside from these, you can find gnomes in hammocks, smoking pipes and political gnomes. Not all are short and to take it to the extreme, you can get gnomes larger than your children. This does defy the whole object of the creatures that once lived underground.

All that limits any gnome decoration, fairy garden or display in a garden is imagination. Gnomes bring out ideas in many people, and they use the little garden dwellers as a means of expression without being too obvious.

After all, it isn’t the gardener who has made or placed the gnomes around the garden, it is where they have located themselves because after all, they are mystical creatures who come alive at night. 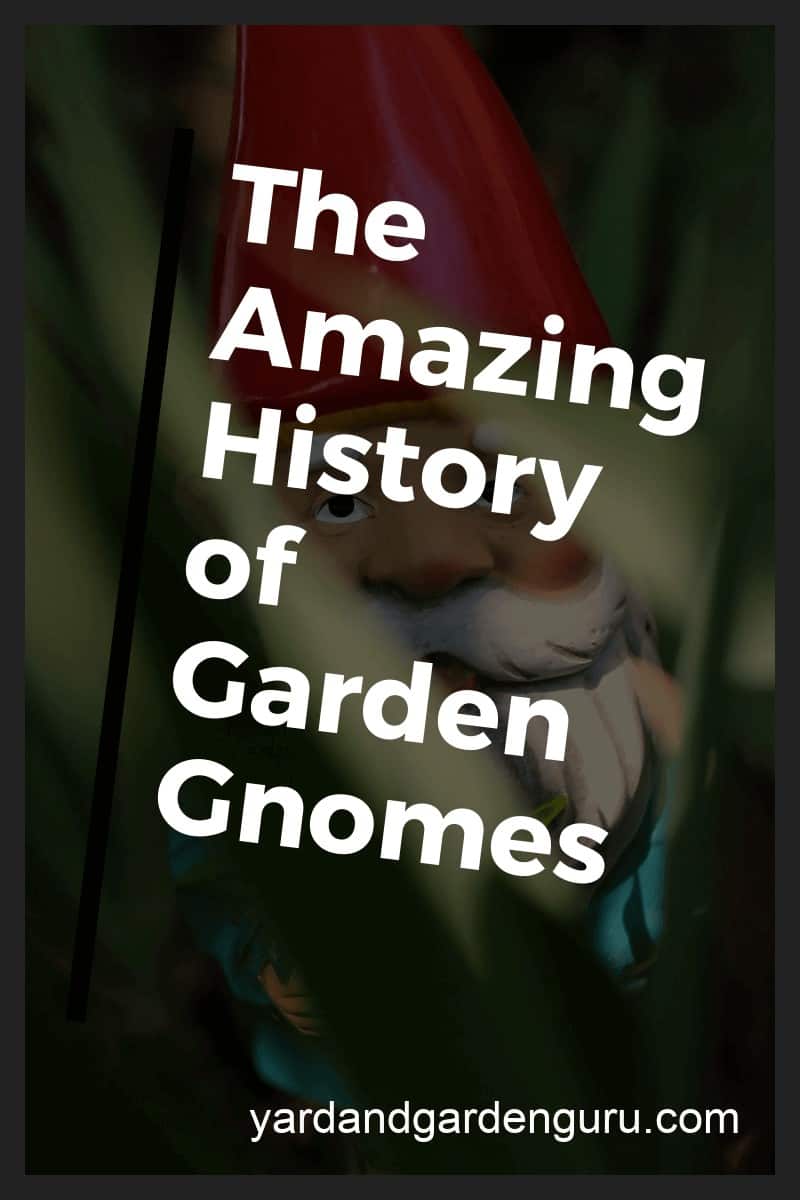